Presentation to the International Falling Walls Conference Berlin 2015: Bringing down the wall of gender inequality 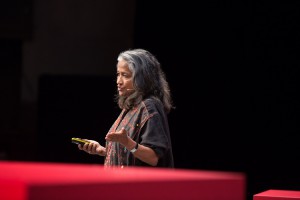 One of the most promising proposals for global economic growth seems simple: increase gender equality in the workplace worldwide, and a $28 trillion benefit may soon follow. This assertion that greater equality will improve economic growth is well-accepted, but Naila Kabeer, a researcher at the London School of Economics and Political Science, turned the question around: does economic growth lead to increased gender equality? In many respects, including wages and work hours, the answer is yes, but ingrained discrepancies remain, frequently reflected in the type of work being done. It is the “casual, precarious forms of work” that Kabeer believes mask the real issue: the overall gap is closing, but much of the apparent work gains are attributable to household efforts or other “domestic” tasks, particularly in the developing world. “We need political will and social support,” says Kabeer, to break down these barriers and reward productive work, regardless of who is doing it and how it fits into traditional views of gender roles.