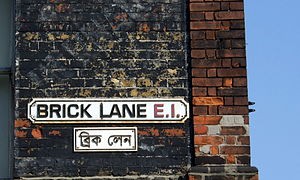 Sarah Gavron’s recently released film of Monica Ali’s novel Brick Lane will inevitably raise questions among those who have read the novel about the relationship between the two: is it true to the novel? Is it better? Or does it usurp the role of our imagination? The best advice comes from one of the film’s reviewers: see the film as a film – it stands in its own right. However, I had a special interest in comparing the two because of my personal, but minor, role in the history behind it, a history located in different kinds of immigrant sensibilities.

It began with a book I wrote called The Power to Choose about Bangladeshi women working in the garment industries of Dhaka and London. I had personal reasons for writing the book. These women represented the two halves of my life: growing up in Bangladesh and adulthood in Britain. However, the book was not about me or even about these women in particular. It was based on their accounts of their own lives but its aim was to explore the relationship between structure and agency in the lives of Bangladeshi women in general. It meant exploring the elements that they had in common rather than the elements that made them singular and unique.

Monica Ali read my book and the stories of these women spoke to something in her experience. She too was an immigrant but one that had left Bangladesh as a child and grown up in Britain. Her novel is about two particular women – sisters working in the garment industries in Britain and Bangladesh – not about women workers in general. It is the stories of these women, their personalities and relationships that give the novel its appeal rather than the novel’s geography. Bangladesh appears largely through a series of letters written by the sister who stayed behind but the setting of the novel in Brick Lane is not particularly essential to its narrative.

Of course, relationships have a geography, but novels can take this on board and still deal with universally recognisable truths. One of these truths in Monica Ali’s novel is about the different ways in which women deal with their fate. In some ways, you could say it is also about structure and agency but the structures here are shaped by the subjective realities of agents who may not necessarily see them as structures.

Sarah Gavron takes one of the other recognisable truths in Monica Ali’s novel and makes it the heart of her film. As a result, the film is far more about different kinds of love, those that sustain and those that can destroy. We hear the voice of the sister who stayed in Bangladesh, defying fate in a desperate quest for love through a series of encounters with men. We sense it may be a hopeless search.

But the film is really about the sister who came to London. The glimpses we catch of Bangladesh are from the eternal landscape of her childhood that her homesickness, and longing for her sister, lead her to revisit repeatedly in her imagination. The main geography of Sarah Gavron’s film is the real Brick Lane and she gives us its sights and sounds from different angles: a claustrophobic flat opening out to a drab council estate and beyond it, the colour, noise and bustle of street life in London’s East End.

Sarah Gavron is a second-generation immigrant whose grandmother was forced to settle in Britain. This explains the sympathy she brings to the main character in her film and her journey from acquiescence to self knowledge in a country that she had not chosen as her home with a man she had not chosen to marry. We see her beginning to question her lifelong belief that women had to endure their fate, but to recognise that fate had not dealt her an entirely bad hand. She learnt – through a short lived love affair that started with expectations too large to stand up to reality – that some loves could start from nothing but grow to something of consequence. Becoming her own person allowed her to see her husband as the person he was rather than simply the man she had been forced to marry.

Naila Kabeer is an IDS Research Fellow in the Vulnerability and Poverty Research Team. Her book ‘Power to Choose: Bangladeshi Women and Labour Markets Decisions in London and Dhaka’ (2000) is available to buy from the IDS Bookshop
‘Brick Lane’ is currently in UK cinemas